As we reported in last monthâ€™s issue, the market shifted (again) and January began with the lowest supply of 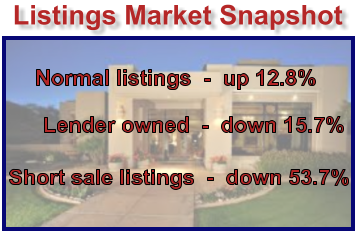 listings coming on to the market.Â  This understandably has been putting pressure on pricing as supply is not abundant.Â  This has prompted a new rumor (I guess the persistent â€œshadow inventoryâ€ rumor eventually had to be abandoned) to surface.Â  Letâ€™s call the new rumor â€œHousing Bubble 2.0â€ as one pundit referred to our market.Â  The theory goes that as prices move up we are re-experiencing a bubble such as 2005 which is doomed to be followed by a crash similar to 2007.Â  Before that rumor causes anyone too much heartburn, letâ€™s go to the facts.Â  For facts on Real Estate in the greater Phoenix market, there is no one who documents the numbers like Michael Orr of the Cromford Report:

â€œMost housing analysts use data to support their observations. Those analysts tend to agree that housing is becoming a bright spot in a broader though slow economic recovery. This is particularly true in the Phoenix area, where our economy is improving a little faster than most and the housing market has been improving much faster than any other in the country. However there are also large numbers of commentators who are not data driven but tend to rely heavily on their personal theories, largely based on sentiment or political viewpoints. They tend to take one aspect of the market and amplify it out of proportion to derive their conclusions. One example of this is an article by Lauren Lyster based on the views of David Stockman, who describes the current situation as “Housing Bubble 2.0”. This is a ridiculous description of a market in which the median home price is lower than the median replacement construction cost, even excluding land values.

The observations by David Stockman have only a tentative connection with reality. His logic is flawed because, unlike the real housing bubble in 2004-2006:

It is also not true that first time buyers and move-up buyers are missing. On the contrary there is a strong presence of such buyers in the market. However they often find it difficult to qualify for loans and are frequently outbid by investors when trying to purchase homes.

The key issue remains – where is the new supply coming from to keep pace with demand? January 2013 saw fewer new listings added to the ARMLS database than in any January since that database was first built in 2000. The weaker sales rate in January disguised this effect but sales will not be weak from now on. The peak buying season is just about to start and we simply have too few homes available.â€

We simply cannot improve on what Mr. Orr has to say.Â  We only add, that it is a very easy time to be a seller.Â  For those sellers sidelined from selling, it may be time to jump back in while competition is fierce for your home.Â  For buyerâ€™s who missed the market low, they should take heart in the fact that homes are still below replacement cost.Â  In short, there is something to smile about.