After a slow and non-spectacular beginning to the year, the market appears to be finally waking up.  March heralds the beginning of the spring buying season – so 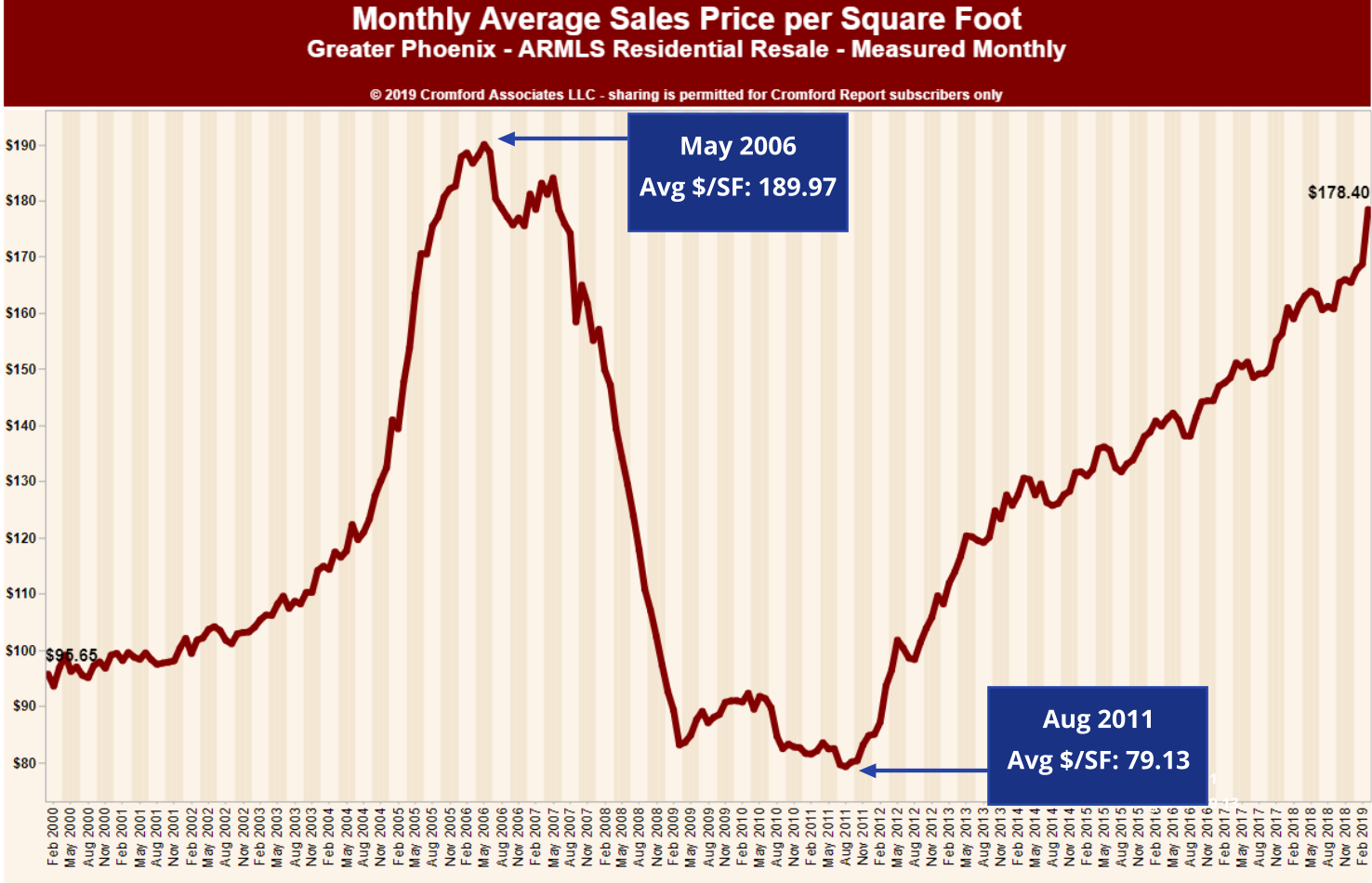 prognosticators watch closely for signs of market health.  In the valley the supply side of the economic seesaw (supply & demand) has been fairly stable, if persistently undersupplied. Supply changes tend to be slow moving.  Demand, as we have mentioned in the past, can change far more quickly.  Jitters were set off in the last quarter of 2018 when the erosion of summer demand persisted.  The erosion should not have been shocking given the hit affordability took both in years of rising prices combined with a rapid rise of interest rates.   As Tom Ruff in the ARMLS Blog so brilliantly explains:  “The decline in year-over-year sales volume began in October as interest rates rose. Adding angst to the problem, employees saw their 401(k)s shrink as the Dow Jones Industrial and the S&P 500 indexes fell 18.8% and 19.6% respectively between the first of October and Christmas Eve. Attempting to soothe nerves, the federal government shutdown from December 22 thru January 25. Happy Holidays everyone! “

We could not have stated that better.

The “sky is falling” predictions of prices dropping, however, have no economic basis to them.  That happens only after time in a buyer’s market.  We repeat, we remain in a “gentle” seller’s market. In fact, despite the sluggish start – demand is picking up steam.  So naysayers predicting a buyer’s market or drop in prices will likely have to wait beyond this year.  At least in the valley.  The proof is in the numbers as evidenced by Michael Orr of the Cromford Report:

What can we conclude from this? First, we know the under contract count is a leading indicator for closed sales. The 17% gap at the start of January suggested that January closings would be weak and they were indeed, down 17%. The slight improvement in under contract counts to 14% down suggested a mild recovery in February. We actually saw an even stronger recovery to just 8% down. This is quite respectable when you consider that because pricing was up year over year, the dollar volume in February was $2,127 million, not far (2.6%) below 2018s $2,184 million.

At 12% down compared with last year, under contracts counts are recovering from 17% and 14% down at the beginning of the previous 2 months. We anticipate that March sales will reflect that recovery and it is possible that the sales gap could narrow further, even enough to close the dollar volume gap completely. This assumes that current trends continue, which is not certain, but reasonably likely.

Not all areas were impacted equally.  Phoenix and Central Valley fared the best (down 2.4%) and the Northeast Valley the worst (down the 4.7%).  All in all – not much to fret about.  To quote Mark Twain ““The reports of my death are greatly exaggerated.”  And so it is with our market.  As always, we will continue to keep you informed as the trends solidify for the year.