The other day a REALTOR® friend of ours commented “this market feels just like 2005…well not really, but almost”.  Did she have a point?  Of course, there are similarities – particularly 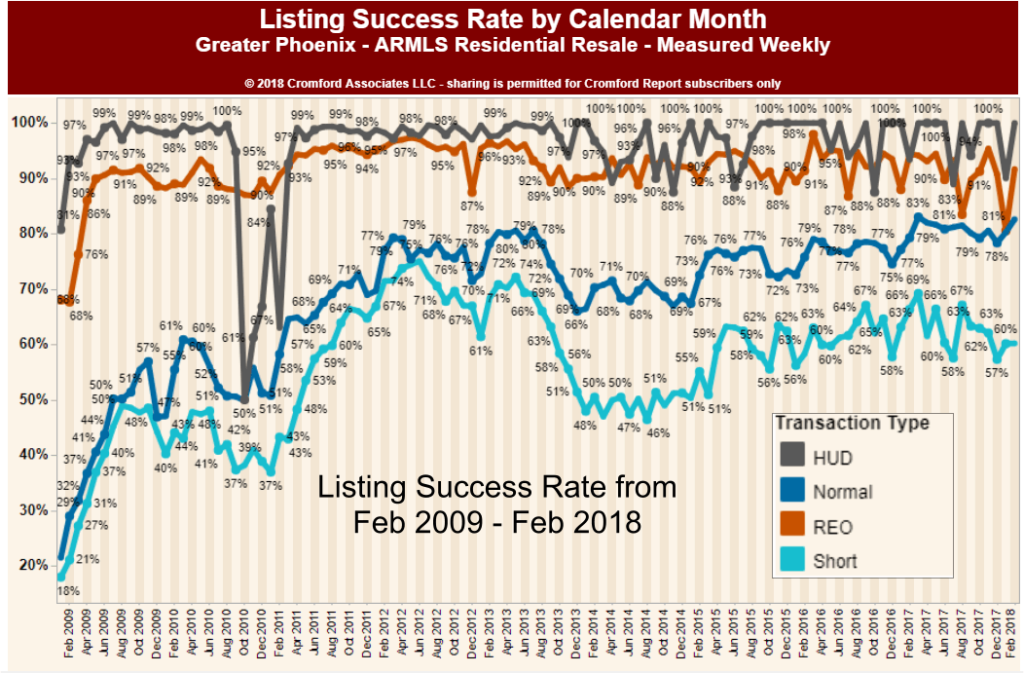 as inventory is rapidly evaporating in the low price points just like in 2005.  But is this really “just like 2005”?  No it really isn’t.  For good or bad we have been through a number of real estate cycles (Russell entered real estate in 1978 and Wendy in 1982) so it is natural to compare the present with the past.  But memory is often faulty and I think she is forgetting the real roller coaster ride of 2005.  A couple of facts pulled from the Cromford Report archives for 2005 numbers vs. today’s number illustrate the point:

Days of Inventory stood at 28 (at this writing, currently 84)

If we subscribe to the belief that those who don’t know their history are doomed to repeat it, then perhaps it is worth looking further at a quick synopsis of the market from 2002- 2017 from the archives of the Cromford Report:

“Changes in the annual appreciation rate (measured using the annual average $/SF) give us a good indication of whether the market has been heating up or cooling down. This is using closed sales prices so it is a trailing indicator rather than a leading indicator. By using the annual average we get a fairly non-volatile reading. The trends tend to stay in place for quite some time. By looking at the weekly chart for annual appreciation we can detect when those trends change direction. Here is what we have seen so far:

As always we are happy to comment on your particular neighborhood or situation.  We are always here to help.