From Michael Orr of the Cromford Report: 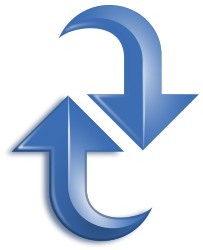 During all these times the direction of home prices and the direction of mortgage interest rates were the same. At other times they can move in opposite directions. There is no clear correlation either negative or positive. The fact that the majority of people believe there is a correlation, does not change the reality.

Prices have moved strongly upward between August 2011 and June 2013. During that time interest rates drifted down from 4.5% to around 3.5% and very recently have moved back up to around 4%. There is little evidence that low interest rates had any major influence on the market pricing. Demand has been only slightly above normal during this time despite the very attractive interest rates. It was lack of supply that drove these huge price increases.

So now that interest rate have finally started to rise from a ridiculously low level, some people have said this is going to cause home prices to fall. There is no logical basis for this assertion at all.

When interest rates rise, this causes affordability to fall. However affordability does not equate to demand. Demand is one of the two key factors that influence prices, affordability is not. The highest demand we have seen in the past 30 years was in 2004 and early 2005 when affordability was extremely low.

In fact increases in mortgage interest rates often cause an increase in demand in spite of falling affordability. That is because many people expect the upward trend to continue, so they want to lock in the current rate by getting a mortgage now before it rises higher. This “sense of urgency” phenomenon is very real and has been observed many times in the last 60 years and confirmed by many experienced RealtorsÂ®.

Now if interest rates were to increase dramatically and suddenly, this could destroy the “sense of urgency” because people would immediately feel they were too late to make the move. I am talking of a jump from 4% to 9% or something of that nature. But is that really likely? I doubt it. The government likes to interfere with interest rates and they are unlikely to let that happen.

Gentle and predictable rises in interest rates will actually be good for the housing market because the rising gap between low and high rates will probably encourage lenders to be a little more flexible with their underwriting practices. Opening up the market to more people will have a much larger effect than the increase in their monthly payments. It’s no good being able to afford a mortgage payment if you can’t get approved for it.

Of course demand is not sufficient to determine prices. Supply is the other key factor. The foreclosure crisis has caused us to under-build new homes by a huge amount for over 5 years. This is still creating a supply hole that has been largely unrecognized by the general public. This effect is likely to dominate the market for a very long time, except in areas where the population is shrinking. Only the builders can create significantly more supply. It is not coming from lenders, it is not coming from landlord investors and it is not coming from ordinary homeowners. Ordinary homeowners and landlord investors usually involve homes that are occupied. So when they sell they do not create net new supply. The families or individuals living there move into a new home, often not too far away. This means they add 1 to supply and 1 to demand. The net effect is zero. Only when that home is somewhere other than Greater Phoenix do we see an increase in our supply. For the foreseeable future those people are likely to be outnumbered by the people who are moving here from somewhere else, who add 1 to demand and 0 to supply.

This housing cycle still has a very long way to run before it turns down again. None of the negative factors mentioned by observers recently have enough market power to overcome the dominant effect of the chronic supply shortage.â€

From Michael Orr of the Cromford Report:

â€œThere have been few topics as subject to wildly untrue reporting as the institutional investment in single family homes. I noted an interesting post in the Blackstone Blog two days ago that I think addresses some of the popular misconceptions about the situation and I commend it to you. Blackstone makes the following points:

Blackstone is not buying houses in sufficient number to make an overall difference in house prices.

Blackstone operates in only 13 out of 300 metro areas..

Prices are rising simply because the country has not built enough homes.

Population growth and obsolescence require 1,500,000 homes to be added per year to meet demand

These are factual points that I agree with, simply because they are true.

In contrast I believe the editorial in the New York Times on June 8 shows that the Editorial Board fails to understand the true realities of the current housing market, and most of the conclusions drawn are incorrect.

The institutional investor myth is starting to replace the shadow inventory myth. Both sound plausible but have been wildly exaggerated out of all proportion to their real impact. Neither will have a significant lasting effect on the overall Greater Phoenix housing market. The tiny numbers involved sound large to the uninformed, but in fact they are swamped and made irrelevant by the huge size of the normal market. This is obvious to people like us who spend our lives actually counting homes, but no doubt this new myth will linger on for several years just as the shadow inventory has.â€