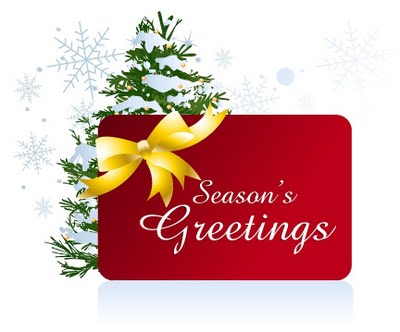 â€œTis the Seasonâ€ has a unique meaning to those of us in real estate. As the holidays approach, the â€œseasonal effectâ€ goes in to play â€“ and this year is proving no exception.Â  The seasonal effect refers to the calendar pattern that real estate tends to follow â€“ year in and year out.Â  This classic pattern shows a slowing of demand (less buyers buying) after the spring buying season (Feb-June) which creates a buildup of homes for sale in the back half of the year.

As we have mentioned before, this year has seen a lowered demand from buyers.Â  Normally, this drop in demand would create a surge in supply.Â  However, the first 3 quarters of 2014 also showed a dearth of sellers coming to market.Â  So what should have been a buyersâ€™ market all year â€“ evaporated in to a balanced market after the spring buying season due solely to the lack of sellers coming to market.Â  The market kept slowly building to a balanced market, only to in the last month, turn and ebb away from that balance point.Â  And so the seasonal effect is here. The turning point appeared in October when we saw small surges of supply add to the inventory accelerating the erosion.Â  It is certainly looking like we will begin 2015 back in a soft buyerâ€™s market.

What does this signal for 2015?Â  Most pundits are predicting 2015 will be a more robust market than 2014 â€“ and we agree that is likely.Â  But as real estate predictions have been notoriously difficult for a few years, letâ€™s just focus on what we believe the largest factor is that will determine the 2015 market:Â  lending.

The current noose around the neck of real estate is limited lending.Â  We have expounded on this before, but it bears repeating.Â  As an answer to the ridiculously loose lending guidelines that preceded the housing collapse, lending regulations after the collapse were excessively tightened.Â  New loans issued reached the lowest levels of this century in 2014.Â  When credit is unavailable to the average buyer, they become renters. In fact that is just what happened in the valley â€“ this year showed rapid increases in rental demand (and rental rates).Â  As a humorous way of making the point, we include this exchange as quoted in â€œBloombergâ€:

â€œJust between the two of us, â€ Bernanke told the moderator at a recent conference of the National Investment Center for Seniors Housing and Care, â€œI recently tried to refinance my mortgage and I was unsuccessful in doing so,â€

Bernanke also complained that stringent credit standards have made the process for first-time homebuyers excessively difficult, especially as economic conditions have improved. â€œThe housing area is one area where regulation has not yet got it right,â€ Bernanke said. â€œI think the tightness of mortgage credit, lending is still probably excessive.â€

â€œProbably excessiveâ€. We agree.Â  With that said, we truly do believe lending restrictions will be eased.Â  Moderate lending restrictions, combined with attractive interest rates and a slowly improving economy should combine to make 2015 a cheerier year for real estate.Â  That is why we approach 2015 with some optimism.Â  Whether we are right or wrong, we will work hard to keep you updated on the market conditions as they shift.