About that real estate market of ours – it certainly was impacted by the pandemic.  Perhaps the biggest surprise to most people is what the actual 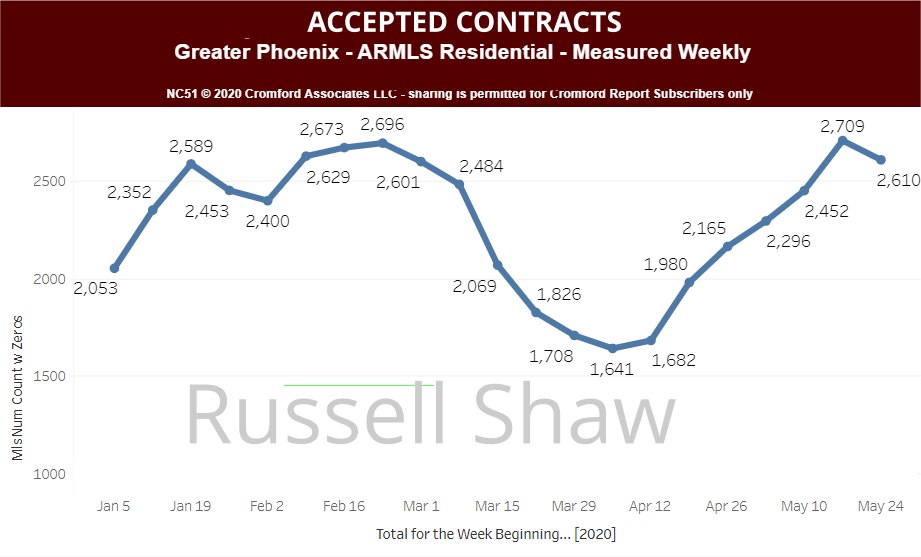 impact looked like rather than what they assumed would happen.  Let’s examine the impact in the key areas that compose a real estate market.

The primary concern for most home owners in real estate is pricing.  When a sudden economic shift occurs (such as a pandemic, war, acts of God, etc.) fear tends to take over the financial markets.  This can cause dramatic swings in the stock market as well as other industries – but the housing market is very slow to react.  In fact it can take months or even years to react.  The Valley has been in a very strong sellers’ market for a long time. A few months of pandemic was not enough to really move the needle on pricing.  But like normal times, different price points behave differently.  It may surprise you to hear that prices in the under 500K range actually rose during this time.  The 500K-1 million market saw some minor softening in pricing as did the upper luxury market of over a million.  But any reports to the contrary, sellers do not need to give away homes or take low priced investor offers to sell.  The average home is holding steady and improving in value.  Even the luxury market very recently is showing renewed strength.

Real estate prices are tied to supply and demand. As long as the demand exceeds the supply, prices will rise. The bigger the gap, the faster prices increase.  So what happened to supply and demand?  The market was at the beginning of the spring selling season – typically the most active time of the market- when the pandemic hit.  By the second week of March, the news and subsequent shuttering of states finally impacted the market.  Within a two week period a large percentage of buyers exited their contracts (including the “iBuyers” such as Open Door, Zillow, Offer Pad).  The “back on market” status did a jump as these cancellations accelerated.  In fact demand dropped a whopping 39% – indicated by the number of contracts accepted.  So while demand was dropping rapidly, what was happening on the supply side of the equation?

Sellers fell in to one of two camps.  One group, fearing that prices were headed for a fall, jumped on the market immediately to avoid the looming future price drops they feared. This caused a short term spike in new listings of about 2000 homes.  The other group, concerned that “no one would buy now” or concerned about allowing buyers in to their homes, moved to the sidelines removing their homes from the market.

The net effect was a shrunken market.  As supply and demand fell in nearly equal measure, sellers retained the control as they have for years but less transactions occurred.   To sum it up succulently, Michael Orr of the Cromford Report writes:

“I would say the impact on the Greater Phoenix housing market has been less so far than many people expected. Transaction volumes are lower than normal, but not dramatically so. Home values have not been noticeably affected at all and are likely to increase during the second half of the year.”

What is selling has changed – Another effect of the pandemic was the mix of what was selling changed.  The above 500K saw more of drop in demand than the below 500K.  Stock market fluctuations tend to impact the above 500K market, and the pandemic’s economic impact was certainly reflected in the stock market.  Jumbo loans were temporarily suspended by some lending institutions and others changed their lending criteria for the worse.  Consequently, what was selling changed.  The upper market faltered, while the below 500K began to dominate the solds – dropping the average price per square foot price.  When you have fewer high priced per square foot homes selling – the overall average for the market drops.  So if you see headlines saying “price per square foot is dropping” implying prices are dropping, be aware that the author has not examined the underlying numbers.  Another interesting factor is that the 55+ community homes have suffered in sales numbers.  Perhaps not surprisingly, considering they are the most vulnerable population in the pandemic.

The market is expanding and moving rapidly to catch up with the 2019 numbers.  If you are a buyer, please don’t wait for price drops that are not coming.  Buy now while interest rates are at historic lows.  If you are a seller, please don’t panic and sell to investors for fear that prices are plummeting or that your home cannot be marketed to the entire pool of buyers safely.  We are armed with tools of the trade like virtual open houses and selling without physical showings.  All of which protect you as well as your pocketbook.  And that remains our goal – unchanged by market conditions- to protect you, our client.